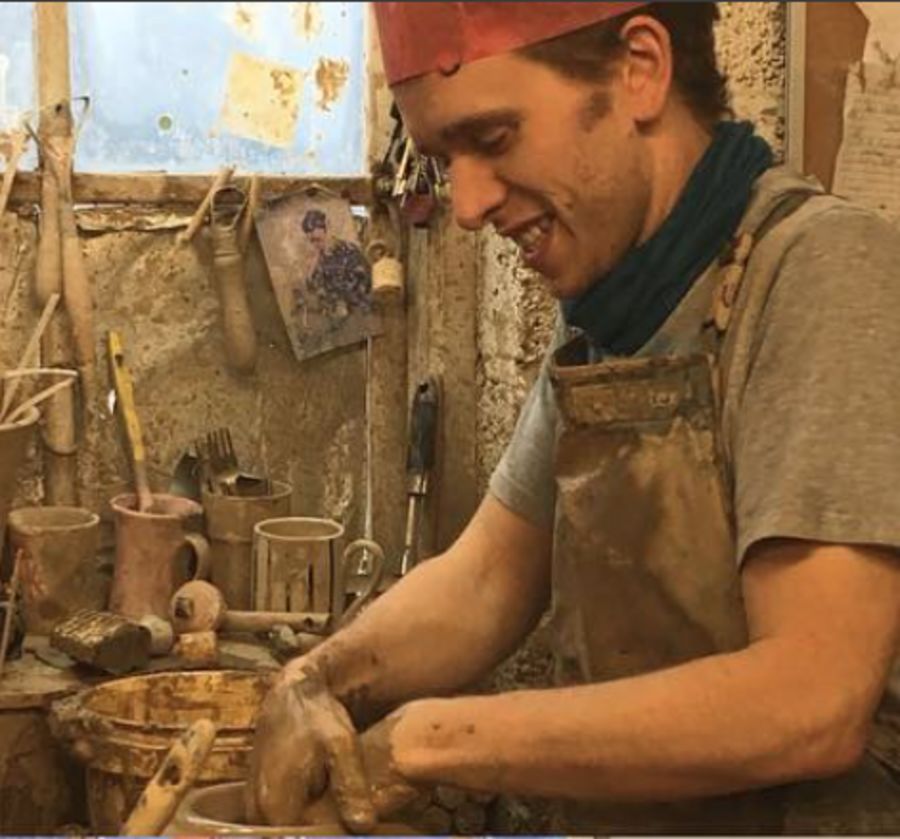 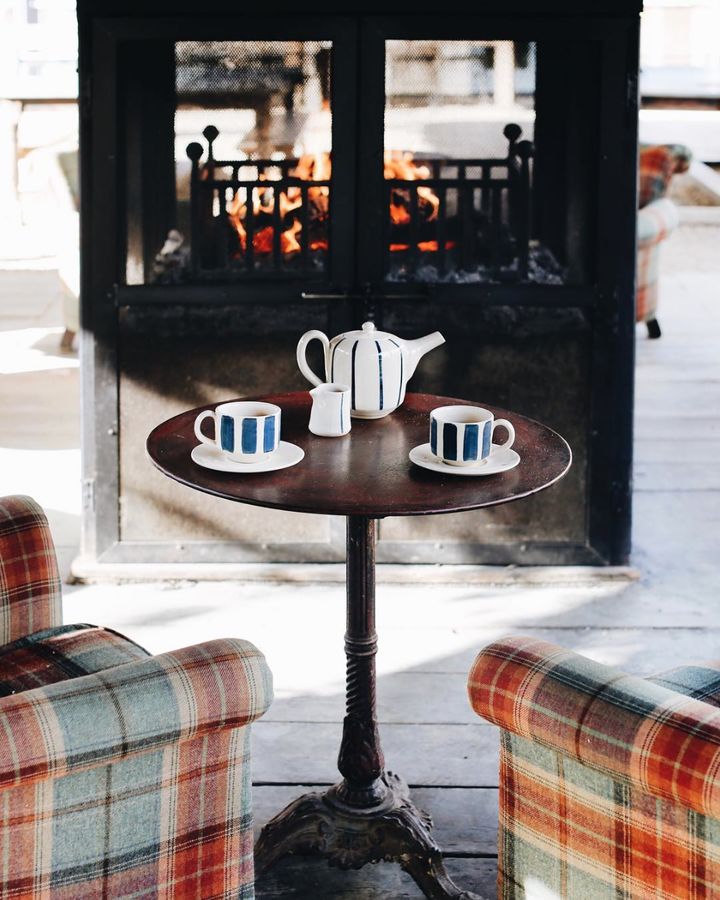 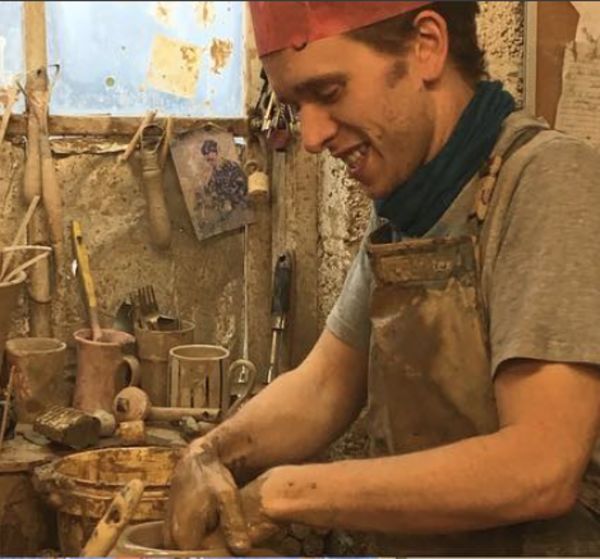 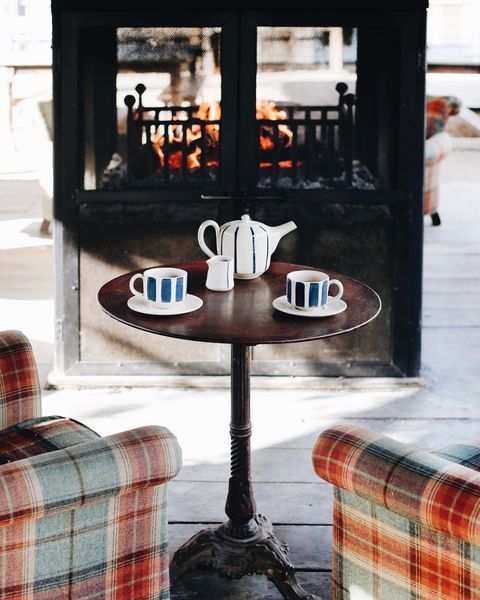 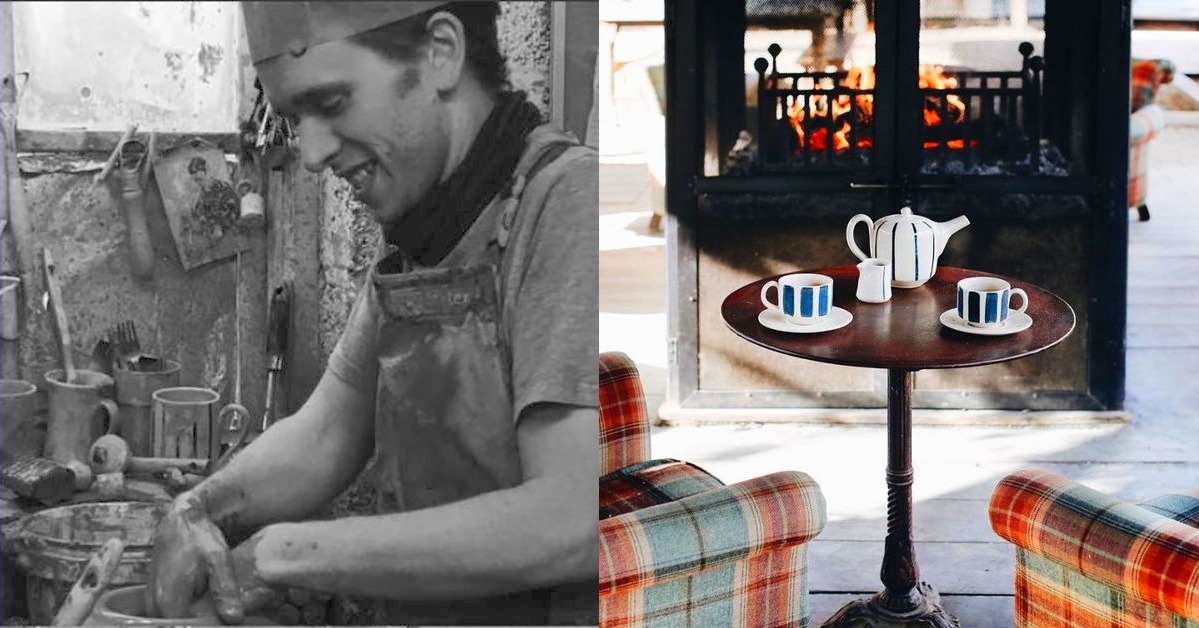 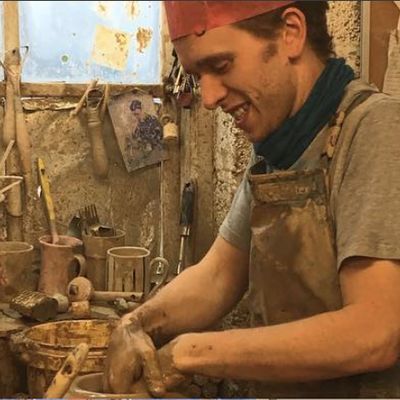 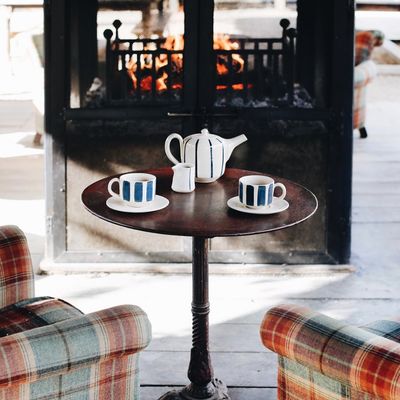 Founded in London in 1995, Soho House was originally intended to be "a private members’ club for those in the film, media, and creative industries (with) 18 Houses around the world, located in the UK, Berlin, Istanbul, Barcelona, New York, Los Angeles, Miami, Chicago and Toronto." Today, Soho House & Co has expanded to also include "clubs across Europe and North America, as well as restaurants, cinemas, workspaces, spas and bedrooms."

The Soho Farmhouse opened in 2015, and is an estate sitting on 100 acres in the Oxfordshire countryside. The property includes 40 cabins, a cottage and a multi-bedroom farmhouse as well as many outdoor activities, several restaurants and a spa.

Soho makes a point of offering many of its featured bedding, linens, tableware, etc for sale. This pottery is a great example. Made down the road from the Farmhouse at Whichford Pottery, a small family business focused on garden pots and ceramics since 1976, this striped collection features teacups and saucers, a teapot, plates and more.

See another beautiful pottery bef-after (Before & After) from Soho house via the first link below, and more about Soho Farmhouse and Whichford Pottery via the links to their websites and Instagram accounts (links 2-5). 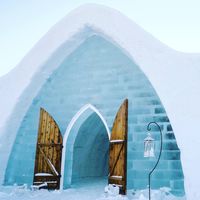 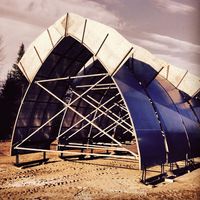 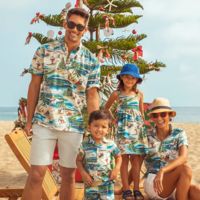 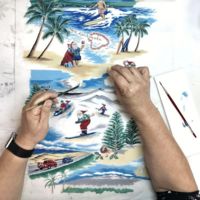 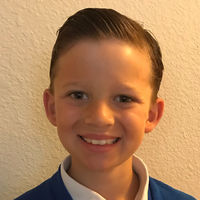 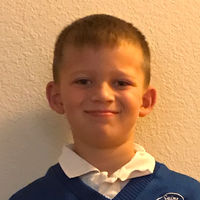